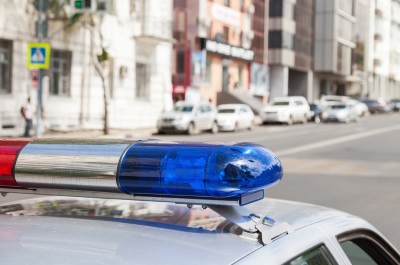 As one of two escaped killers from a Dannemora, NY State prison, Richard Matt, was fatally shot yesterday by officers. Authorities continue their ongoing search for the remaining convict, David Sweat, in a 21-day manhunt that’s been estimated to cost upwards of $1 million per day.

“The mounting cost of the chase is not currently available from authorities, but it has likely hit tens of millions of dollars,” wrote Chris Isidore and David Shortell on CNN Money, citing information from Andrew Wylie, Clinton County, NY district attorney.

The large-scale manhunt for Richard Matt and David Sweat, two convicted murderers, began on June 6 when both men escaped from the Clinton Correctional Facility. As of yesterday, “the search area now covers 75 square miles, an area about the size of the borough of Brooklyn, much of which is heavily forested, covered with thick undergrowth, trees, saplings and brush,” notes CNN.

In a separate report, the site notes that the continued search has maximized its resources, as roadblocks, circling helicopters, state troopers in schools and community lockdowns have placed residents on edge and cost the state millions of dollars.

However, New York budget officials aren’t as forthcoming and would not reveal how much it’s costing to track down the escaped convicts. According to estimates from the International Business Times, “It reportedly remains unclear how much the manhunt is costing the state. Moreover, if last year’s overtime costs are considered, the state department of corrections and community supervision that administers 54 prisons in New York State, was paid $180 million, an increase of 12 percent from 2013.”

It remains to be seen if search costs will be affected now that Richard Matt has been killed.

CNN notes that the initial wide-scale search involved up to 1,000 law enforcement members, double the number when the escape happened earlier this month. The search area had been covering 75 square miles, an area about the size of the borough of Brooklyn, much of which is heavily forested, covered with thick undergrowth, trees, saplings and brush.

Yesterday afternoon, a U.S. Customs and Border Patrol officer shot and killed Richard Matt in a wooded area about 30 miles west of the prison, according to Doug Stanglin and Michael Winter of USA Today. Matt had been armed with a .20-gauge shotgun, but it’s unclear how many times he was hit.

That leaves police to track down David Sweat, who still remains at large. Some authorities predict that he may be headed for Canada; Matt was killed just 70 miles from the Canadian border, wrote Ray Sanchez, Deborah Feyerick and Alexandra Field of CNN.

Matt, who had just turned 49 on Thursday, was convicted of killing and dismembering a man over a money dispute. Sweat, 35, was serving a life sentence for murdering a sheriff’s deputy. Since they’ve been on the run, both men have been linked to the burglary of a cabin and a gun store robbery, where it’s believed Matt may have obtained the weapon brandished in his altercation with officers yesterday, notes CNN.

NY Search for Escaped Convicts Not the Only Expensive Manhunt

“That price tag includes benefits and nearly $6.9 million in overtime for the agency’s employees — some working 12-hour shifts — to comb the rugged backcountry surrounding the Pocono Mountain for any trace of Frein,” wrote the paper’s Nicole Hensley.

The $1.4 million-per-week pursuit of Frein, according to Hensley, included 300 troopers, police dogs, an all-terrain armored tactical vehicle coined “The Rook,” and a $180,000 surveillance balloon borrowed from the Ohio Department of Transportation.

This article first appeared on GoBankingRates.

Life, News
news
What to Do When Your Job Suffocates You
Bree Newsome Faces Jail Time and $5,000 Fine Following Act of Civil Disobedience
COMMENTS 0