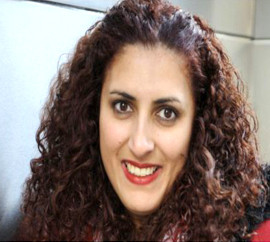 A poet, fiction writer, academic, and professor of Humanities and English at the undergraduate and graduate levels at York University. She is also a member of the Board of Directors of the Toronto Arts Council. Her creative and academic interests frequently intersect, and she has published work that explores the tensions and dynamics between women (particularly in closed societies: schools, nunneries), the nature of human violence, sexuality (including infertility), multicultural clashes (ethnic, religious, geographical), revisionist mythmaking (classical myth, biblical myth, historical figures), illness (physical, psychological, cultural), mourning rituals and the expression of grief (towards individuals, communities, abstract concepts), the world of readers and the dangers and benefits of reading and the imagination, the world of sport and sport aesthetics, as well as the nature of the artistic process, among other things. She has also collaborated with visual artists in the past (Tracy Carbert, Daniel Ehrenworth), and plans on more collaborative projects in the future. She lives with poet and critic, Christopher Doda.

She is the author of nine books of poetry: Summer Sport: Poems (2013), Winter Sport: Poems (2010), Successful Tragedies: Selected Poems 1998-2010 (Bloodaxe Books U.K. 2010). Traumatology (2010), Ontological Necessities (2006), Live Coverage (2003), Pretending to Die (2001),Confessions for a Fertility Expert (1999), and How to Draw Blood From a Stone (1998); the novels To Whom It May Concern (2009), and The Divine Economy of Salvation (2002); and a critical study on elegies, We Are What We Mourn (McGill-Queen’s University Press 2009). She is also the editor of several anthologies and essay collections, including The Exile Book of Canadian Sports Stories (2009), The Exile Book of Poetry in Translation: Twenty Canadian Poets Take On the World (2009), Barry Callaghan: Essays on his Works (2007), Red Silk: An Anthology of South Asian Canadian Women Poets (2004) and Uncommon Ground: A Celebration of Matt Cohen. Her works have been published internationally and translated into numerous languages including Croatian, Dutch, French, Greek, Italian, Korean and Latvian. In 2010 she was CANFund poet-in-residence during the Vancouver Olympics and Paralympics.”