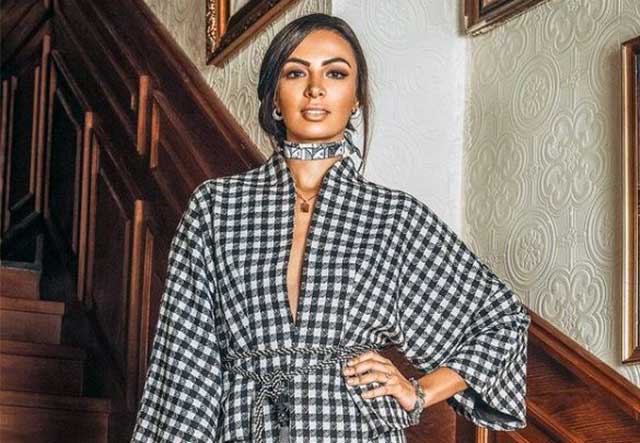 Today is International Women’s Day and in this exciting episode of the Holistic Wealth podcast, our special guest is Iman Oubou, Founder and CEO of Swaay Media. Iman Oubou is a Moroccan-American self-made entrepreneur, published scientist and former beauty queen (Miss New York US 2015 and 2nd Runner Up at the 2015 Miss United States pageant) on a mission to change the women’s media landscape.

Through her diverse experience in business, pageantry and STEM, Iman noticed gender disparities in the workforce and an omnipresent bias across printed and digital media representation of women which inspired her to launch SWAAY, a media-tech platform highlighting real stories of female leaders challenging the status quo, and championing the voices of female change-makers through substantive and inspiring, user-generated content.

Her podcast, Women Who SWAAY, which was syndicated by a media conglomerate, Westwood One, was number 2 on iTunes in 2015, and was ranked in the top 5 best podcasts for women entrepreneurs by Inc. Magazine.

Iman was named by CIO Magazine the number one “Female Entrepreneur to Watch” in 2018 and recently became the first ever “Visage Du Maroc” of 2018 (which translates to Face of Morocco), a new initiative uplifting female voices in Morocco and across the Middle East. In 2018, Iman was picked to be a keynote speaker at Harvard Women In Business and a keynote at MIT STEM Conference. She was also part of the first ever all-female judge panel at Miss Universe 2018.

In this episode of the podcast, Iman authentically speaks to the experience of starting her own business, her near-bankruptcy and becoming successful. Check out this exciting episode of the Holistic Wealth podcast with Keisha Blair!

What You’ll Learn in This Episode:

Listen To The Full Episode Of Iman Oubou As She Discusses Venture Capital Funding for Women-Owned Businesses:

Leave us a review in Apple Podcasts!

Quiet Quitting: What Is It? What Can Employers Do To Address It?

In this exciting episode of the Holistic Wealth podcast with Keisha Blair, we have an exciting solo episode on quiet ...
Read More

How To Define Success On Your Own Terms with Keisha Blair