Why Work-Life Balance Won’t Make You Wealthy Some people are determined to climb the corporate ladder and rise to the top by any means necessary. They accept every special work project, sacrifice their freedom, skip vacations and remain at their employer’s beck and call. It’s the trade-off for a cushy salary and a corner office. But this...
READ MORE
SHARE
Facebook
F
Twitter
T
Google
G
COMMENTS 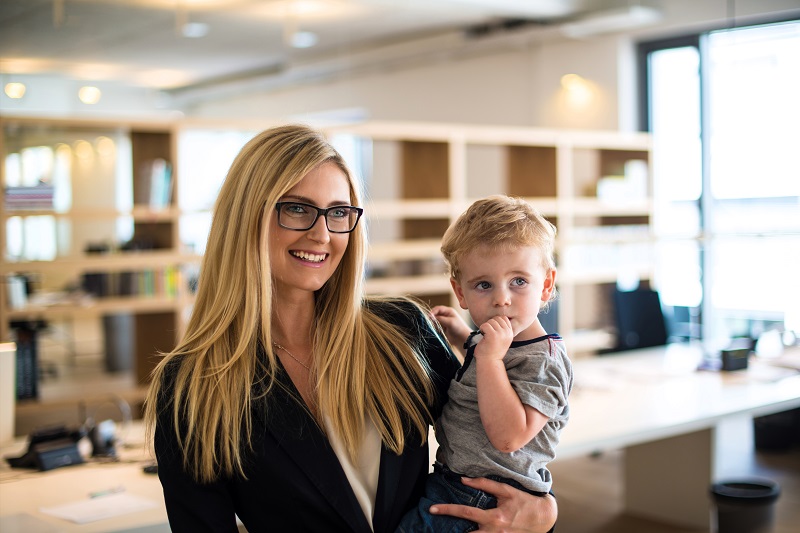 Some people are determined to climb the corporate ladder and rise to the top by any means necessary. They accept every special work project, sacrifice their freedom, skip vacations and remain at their employer’s beck and call. It’s the trade-off for a cushy salary and a corner office. But this life isn’t all it’s cracked up to be. Ask any millennial.

Older generations might accept the idea of being tied to a desk, working 40-plus hours a week, and giving up family time in return for a big paycheck. Millennials aren’t buying into that lifestyle. A global study on work-life challenges found that 65 percent of U.S. millennials would willingly give up an opportunity for a promotion to be able to better manage their time.

Read: Survey Says 53% of People Think Most About Work or…

Michelle Katz, a healthcare advocate, speaker and author of “Healthcare for Less,” understands first-hand how a job can take over a life. “I worked for Arthur Andersen years ago and made a ton of money, but worked non-stop,” she said. “It was affecting my relationships with friends, family and even my marriage. I would miss family gatherings, even weddings, because of work commitments.”

A job can start out as a means to an end, but gradually consume workers’ every thought. They might like the idea of being promoted to a supervisor and receiving a pay increase, but working more hours is likely the trade-off. A recent Ernst & Young study found that 58 percent of U.S. managers work more than 40 hours a week. Likewise, a 2014 Gallup survey found that the average U.S. employee puts in an average of 47 hours a week.

If you talk with your boss about working fewer hours, your paycheck might sink but you’ll have more freedom and flexibility.

Katz ended up leaving her job and starting a consulting firm. She took a pay cut but said she cherishes the time to enjoy friends and family. And with her extra time, she was able to finish her latest book.

2. Saying No to Overtime

For non-salaried employees, working overtime typically gets them one-and-a-half times their hourly pay rate. For those with a mortgage, student loan debt or trying to save for retirement, working overtime can put extra cash in their pocket. But when employers demand that workers put in too much overtime, it becomes a problem. In fact, according to that Ernst & Young study, working excessive overtime hours was one of the top reasons millennials quit their full-time jobs.

Sure, working late or bringing work home can get employees to the top faster. It can also be draining and lead to burnout.

In Katz’s case, her best friend and grandmother both had medical emergencies around the same time. Work prevented her from helping out. Eventually, she heeded her grandmother’s advice to “take time to smell the roses” and cut her hours.

Perhaps some workers would also prefer to put in fewer hours but fear that their boss will label them as not ambitious or driven. If supervisors believe work should come first and they’ve made personal sacrifices for the benefit of the company, it’s likely they expect the same from their employees. Not following that lead could end up costing workers promotions or other opportunities to advance.

4. Characterized as a Clock Watcher

For workers who leave the office at 5 p.m. on the dot while others stick around until 6 p.m. or later, watch out. Not only might supervisors draw wrong conclusions about those workers’ drive or ambition, they could erroneously assume that they’re not working as hard as others in the office.

“Raises and promotions often go to those who put in extra time and effort into the job,” said Toni Coleman, a psychotherapist and relationship coach. So when the time comes to offer promotions and salary increases, supervisors might only look at the hours workers put in rather than the quality of work.

“Telling the boss you are just not available at certain times, or requesting more time off or a flexible schedule, can impact your career choices and any upward movement in a company,” Coleman added.

Volunteering for special projects and working overtime means a greater presence in the office. Achieving a work-life balance often involves working less overtime, cutting back hours or perhaps working from home. Even if managers allow subordinates to work remotely, they might not fully appreciate how hard they work because they don’t observe them in action like other workers in the office. So advancement opportunities are more likely to be offered to those who are visible.

“Employees who appear to be fully engaged 24/7 tend to get the recognition,” said Lynda Spiegel, a human resources professional and founder of Rising Star Resumes.

Can Money Make You Happy?

It’s been said that people who seek a better work-life balance simply hate their jobs. It’s probably more likely that they have strong priorities and choose to live and work accordingly.

That said, can money buy people happiness? Yes, but only up to a point, according to an analysis published last year by Doug Short, vice president of research at investment group Advisor Perspectives.

For those who live in relatively expensive Hawaii, the threshold for happiness is $122,175 annually per household — extra cash over that amount doesn’t appear to translate into more happiness. In the more affordable state of Mississippi, money appears to stop making people happier over the $65,850 per year threshold.

Earning a higher income can improve the quality of workers’ lives. But day-to-day contentment might prove elusive.

Career Advice, ENTREPRENEUR
10 Cool Jobs That Won’t Make You a Lot of Money
How to Use Periscope to Promote Your Business
COMMENTS 0