7 Odd Jobs Suze Orman Had Before ‘The Suze Orman Show’ Suze Orman has risen the ranks as one of the country’s leading financial gurus, but you might be surprised to learn that she hasn’t always worked in the financial services industry — and certainly wasn’t born with innate money management skills. Learn how the...
READ MORE
SHARE
Facebook
F
Twitter
T
Google
G
COMMENTS 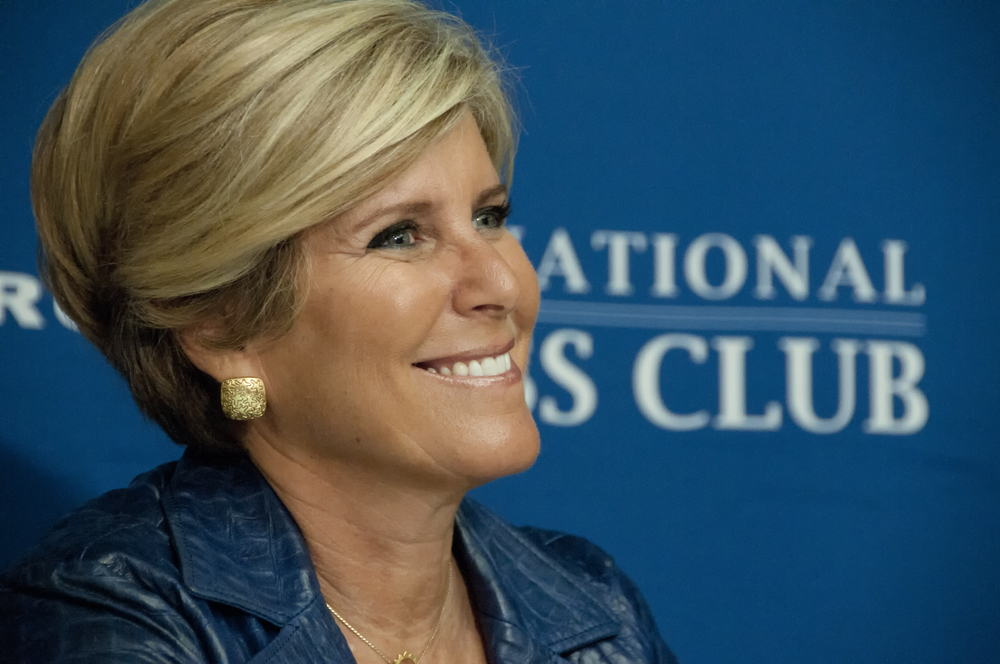 Suze Orman has risen the ranks as one of the country’s leading financial gurus, but you might be surprised to learn that she hasn’t always worked in the financial services industry — and certainly wasn’t born with innate money management skills. Learn how the girl who was born in 1951 to a working-class family in the South Side of Chicago built her $35 million financial empire.

Related: Suze Orman Was Wrong: 4 Things You Really Can Afford

In 1960, Orman’s father opened a deli in Chicago’s Hyde Park neighborhood. Every day after school, Orman and her brothers worked at Morry’s Deli, and it served as place for her to develop a strong work ethic.

Orman continued to work at the deli while attending college at the University of Illinois at Urbana-Champaign, and it also served as a hangout for her friends. She stopped working at the deli in 1973 after purchasing a Ford Econoline van that she planned to use to drive to California with friends.

The day Orman arrived in Berkeley, Calif., she was stopped in traffic by a road crew that was cutting down eucalyptus trees that had been killed by a frost. She got out of her van to see what was going on and asked the workers if they needed help. After a quick conversation with the boss, Orman and a friend were hired as tree clearers for Coley Tree Service.

They earned $3.50 per hour and lived out of Orman’s van. They moved on after two months, but the experience  proved she had the stamina and the keen sense to take advantage of a great opportunity when it presented itself.

Orman then took a job at the Buttercup Bakery in Berkeley, where she worked as a waitress until 1980. During this time she finished college and was earning about $400 a month. When she was 29, Orman decided she wanted to be more than a waitress and dreamed of opening her own restaurant.

A group of her regular customers pooled their funds and gave her a $50,000 loan to start her restaurant. She invested the money in a Merrill Lynch account but lost it in three months thanks to the work of a shady broker. The loss of these funds was devastating but served as the first step toward her career in the financial industry.

After losing her money, Orman knew she needed to make a change, as she had secretly racked up $250,000 incredit card debt in addition to the $50,000 loan. She applied for a job as a broker at the same Merrill Lynch office where the broker who swindled her worked. She got the job but claims it was only because the office had “a women’s quota to fill.”

Being told women weren’t meant to work in this business only motivated her to work harder. She worked at Merrill Lynch from 1980 to 1983, using her stint to learn more about the investment industry, and she became one of the more successful brokers in the office. Despite the challenges of this position, it launched her career in finance.

In 1983, Orman left Merrill Lynch for a more prestigious role as the vice president of investments at Prudential Bache Securities. She worked at the firm from 1983 to 1987, where she further honed her knowledge of the financial industry, which she would later use to start her own firm.

In 1987, she founded the Suze Orman Financial Group, where she served as the CEO until 1997. During this time, she got her first taste of the spotlight on a local radio show, after writing a letter of complaint about a guest that gave bad advice on an investment product. The radio show invited her to appear the following week, which set the foundation for her future status as a renowned financial expert.

Shortly after her appearance on the radio show, she began to appear as a guest expert on other radio and television programs. Serving as the founder and CEO of her own financial firm gave her the clout needed to create her platform and build her brand.

In 1995, Orman wrote her first book “You’ve Earned It, Don’t Lose It” and followed up with another in 1997, titled “The 9 Steps to Financial Freedom: Practical and Spiritual Steps So You Can Stop Worrying.” The books caught the attention of Oprah Winfrey’s staffers, who invited her to be a guest on the legendary host’s talk show in January 1998.

Orman was a hit with fans and went on to make dozens of appearances on “The Oprah Winfrey Show,” where she became a household name. Fans took to her style of easy-to-understand financial advice and realistic goal setting, paving the way for “Suze Orman’s Financial Essentials,” which has been on QVC since 1997, and “The Suze Orman Show,” which ran on CNBC from 2002 to 2015. Her site lists 14 titles of books and tapes, some counted twice for various editions. She has been a contributing finance editor for Costco Magazine since 1995 and O, The Oprah Magazine since 1997.

She might not have always been an expert on managing money, but Orman has worked hard to prove herself as a financial expert that people really trust. In March, she announced “Suze Orman’s Money Wars,” an advice show planned to run 10 times a week starting in the fall of 2016.

This article originally appeared on GOBankingRates.com: 7 Odd Jobs Suze Orman Had Before ‘The Suze Orman Show’

This article by Laura Woods first appeared on GoBankingRates.com and was distributed by the Personal Finance Syndication Network.

Career Advice, INVESTING IN YOUR CAREER, Life, PERSONAL FINANCE
suze orman
What Retirement Without Savings Looks Like
Best and Worst States to Retire Rich
5 Times Suze Orman Didn’t Follow Her Own Advice
How These Women Got Their Success Will Inspire You
COMMENTS 0