How I Managed to Save Money While Earning Minimum Wage

How I Managed to Save Money While Earning Minimum Wage A lot of money-saving advice is aimed at people making middle-class incomes. But for those trying to save on a low income, the savings tips they can actually apply are few and far between. It can be difficult to find examples of low-income saving success...
READ MORE
SHARE
Facebook
F
Twitter
T
Google
G
COMMENTS

How I Managed to Save Money While Earning Minimum Wage 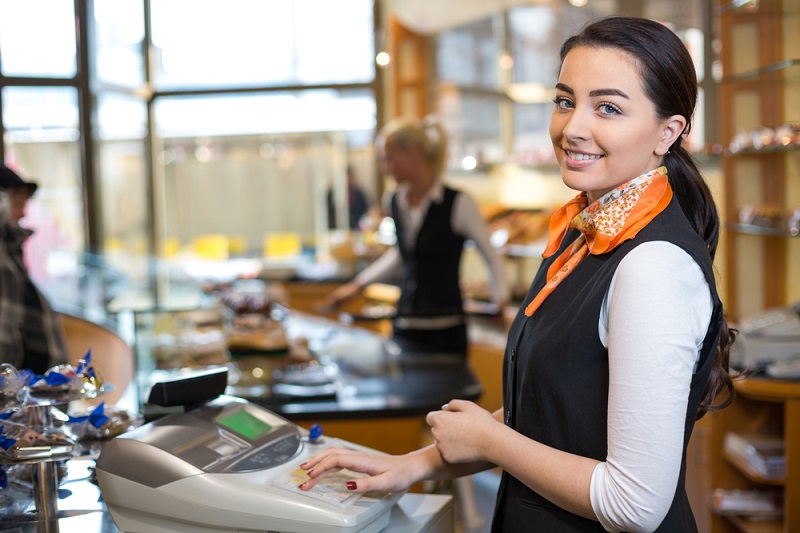 A lot of money-saving advice is aimed at people making middle-class incomes. But for those trying to save on a low income, the savings tips they can actually apply are few and far between. It can be difficult to find examples of low-income saving success and get ideas on how to start saving in a meaningful way when your paychecks are puny to begin with.

But one woman, Lidia Shong, found a way to make it work while earning close to minimum wage; she saved 15 percent of her paycheck while earning just $19,000 a year to start her own retirement fund (at the current $7.25 federal minimum wage, full-time workers today gross $15,080 in a year). So just how did she manage to save so much while making so little? Here are the details of Shong’s savings journey, and tips for minimum-wage earners to replicate her success.

In 2000, Lidia Shong was a 25-year old recent college grad with a degree in marketing. She was young, smart and ambitious and ready to hit the ground running. Unfortunately, her career plans were stalled by a hiccup in the economy: “Right after the Dotcom bubble burst, there were no jobs — especially in marketing,” Shong told GOBankingRates.

Shong knew she wouldn’t last long in the San Francisco Bay area with no job, however. Retail was the only sector that hiring, so Lidia got a full-time job at Williams-Sonoma making $9.25 an hour. Fortunately, the company offered money-saving work benefits, including a 401(k) with an employer match. Lidia’s boyfriend at the time worked for mutual fund company Franklin Templeton, and being familiar with the importance of retirement savings, he pushed Lidia to start investing and saving. Initially, however, Lidia wasn’t interested in contributing; she wasn’t making very much money in the first place and didn’t see the value in reducing her take-home pay even further.

How She Started Saving 15% of Her Paychecks

“You better save now or it will be much harder later,” Lidia remembers her boyfriend told her. She asked, “What if I don’t live that long?” Lidia’s boyfriend explained that saving for retirement isn’t just about putting money away for yourself — it’s also about taking care of your future family.

“I hated the conversation, but he convinced me to start contributing 15 percent of my paycheck into the 401(k) plan,” Lidia said. He taught her some of the basics, like managing risk based off her current age and retirement goals, and she dived into managing investments for the first time in her life.

Living on so little wasn’t easy. Even though Lidia and her boyfriend were lucky enough to share a studio for $700 a month (this was San Francisco after all), they still couldn’t afford many luxuries. “A lot of people ask me how I liked living in the city, but the truth is I didn’t like it at all,” Lidia said. “I couldn’t afford anything.”

Related: Retirement by 40: Is it Doable…

Saving $3,450 for retirement in just one year

As the balance of her 401(k) slowly grew, Lidia started to change her attitude toward saving. Though her contributions varied from month to month, she always paid the minimum to get the employer 401(k) match. “It really was a total shift in my mindset,” Lidia said. “Once I saw the free money growing, it was a no-brainer.”

“You don’t know what you don’t know, and you don’t see what you don’t see,” Lidia said. “But once I saw the big picture, I saw big money.” And she’s right: that $3,450 she saved will get an impressive four decades or longer to grow, and will be worth more than $40,000 by the time Lidia reaches retirement age (assuming an average annual growth of 6.5 percent).

New Opportunities and Continued Saving Add Up to $400K

Not only did Lidia manage to save $3,450, she also used her low-wage job as an on-ramp to better opportunities and higher incomes. After just a year of working for $9.25 an hour, Lidia was promoted within Williams-Sonoma to a corporate position that doubled her annual income. While she continued to work hard and earn raises over the years, it all started with her near-minimum-wage retail job.

As her income increased, Lidia never stopped contributing to her retirement funds, even when she was investing while on a tight budget. Her contribution rates fluctuated between 10 percent and 17 percent “depending on what was going on in life,” she said. “I cut back on my contribution rate when I was saving for a goal, like going on a trip or buying a car, and then I increased it as soon as I reached that goal.”

In the 15 years since she started her low-wage job, Lidia’s steady savings habit and wage growth opportunities have built her a nest egg that “adds up to more than $400,000, which also includes the full company match that I always made sure I’d get,” she said.

But even if she’d never gotten a raise and had simply continued to save 12 percent and get the employer match with her original $19,000 annual income, Lidia estimates that she would still have over $100,000 worth of retirement savings today, and by 65 would have saved $937,000 — close to a million dollars.

Read: How to Become a Millionaire Using Your TFSAs

It’s been 15 years since Lidia was a struggling college grad, but the experience had lasting effects on how she views her finances. “I’ve always been pretty frugal, but now I think, ‘I can spend now, or spend later,” she said. “It’s a mind trick I play on myself. It helps me set a goal and stick to it.”

She’s also mastered the art of bargain shopping, she said: “I wait to buy something until I can get a discount. For example, if I need a dress for a wedding, I’ll find it and then wait until I can score a discount or coupon.” When asked about her passion for scoring a deal, Lidia laughed and said, “The older I get, the worse I get” — or better, some might say.

Lidia also avoids the mall because, as she put it, “There’s too much I don’t really need and I’ll just end up shopping more.” Instead, she prefers to shop online — but “only when I need something, and I always search for a coupon on Coupons.com or RetailMeNot.com before buying.”

When it comes to managing her finances, she isn’t about to let a professional take over anytime soon. “I’m  a cheapskate when it comes to managing my retirement accounts,” Lidia said. “I’m not paying someone else to do it. I’ve educated myself over the years through seminars or employer-sponsored sessions about managing 401(k)s.” This helps her avoid management fees and keep more of her savings for her future, she said. “I work hard for this money and I want to protect it.”

Now She Helps Others Figure Out How to Save for Retirement

Things have come full-circle for Lidia, and she is now the Head of Marketing for aboutLife, a company that provides free online financial planning services. “I get to help people that were just like me,” she said. “I understand exactly where they are coming from and it feels good to pass along what I’ve learned.”

We asked Lidia what she would share with readers who are in her same situation — here’s what she had to say.

1. Start saving for retirement as soon as you can.

“Start putting money away for retirement as soon as you get your first job. Save as much as you can and get a feel for how little you really need to live on. Remember: You can always scale back on savings if things get too tight, but it’s harder to start small and then ramp up your savings later. You’ll have to give up luxuries like drinks with friends, or your daily coffee and muffin. It’s just easier to go without from the start.”

“Getting an employer 401(k) match makes a huge difference in your returns — huge. I almost doubled the money I had in my 401(k) because of employer contributions. Think of a 401(k) as part of your salary. Would you say ‘no’ to free money? I hope not!”

“Your retirement contributions aren’t set in stone, and you can always make changes. It’s your money and you can do whatever you want with it, so don’t be afraid. You have to start somewhere!”

Lidia’s story truly is remarkable and shows that no matter how low your income might be, if you start small, stay focused and keep your eye on the big picture, you truly can change your financial future.

This article originally appeared on GOBankingRates.com: How I Managed to Save Money While Earning Minimum Wage.

This article by Morganquinn first appeared on GoBankingRates.com and was distributed by the Personal Finance Syndication Network.

Life, PERSONAL FINANCE
money
Harriet Tubman, Statue of Liberty: Which Woman Will Be on the Ten Dollar Bill?
15 Ways to Retire Earlier 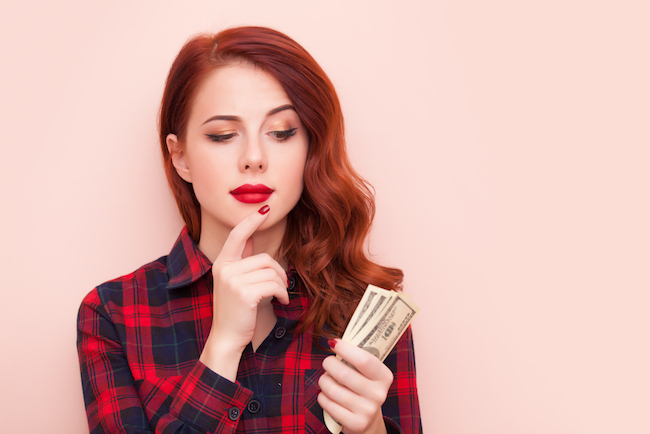