Harriet Tubman, Statue of Liberty: Which Woman Will Be on the Ten Dollar Bill?

Harriet Tubman, Statue of Liberty: Which Woman Will Be on the Ten Dollar Bill? In five years, a portrait of a woman will be featured on the $10 bill. “U.S. currency — and the images of great leaders and landmarks that our notes depict — has long been a way for use to honor our...
READ MORE
SHARE
Facebook
F
Twitter
T
Google
G
COMMENTS

Harriet Tubman, Statue of Liberty: Which Woman Will Be on the Ten Dollar Bill? 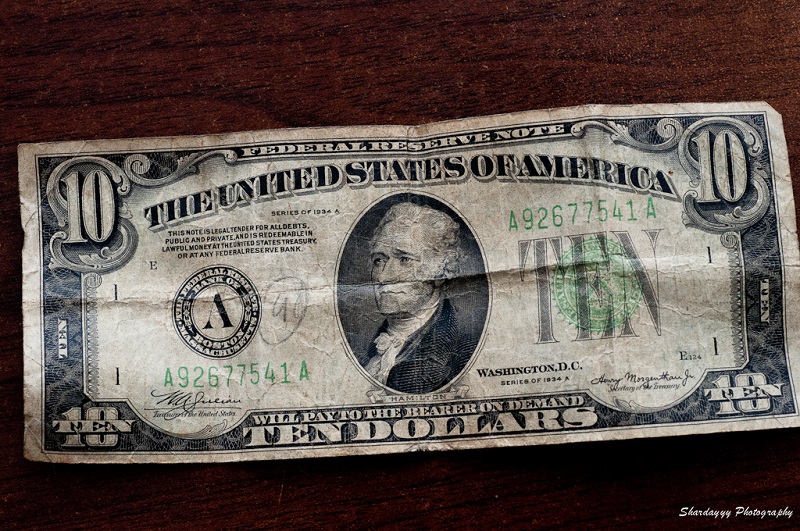 In five years, a portrait of a woman will be featured on the $10 bill.

“U.S. currency — and the images of great leaders and landmarks that our notes depict — has long been a way for use to honor our past, express our values and capture the prevailing sentiment of the time,” said U.S. Treasury Secretary Jack Lew in a video announcement Wednesday morning. “Right now the $10 bill is undergoing a redesign, and I’m proud to announce today that the new $10 bill will be the first bill in over a century to feature the portrait of a woman.”

The new $10 bill will be introduced into circulation in 2020, which will mark the 100th anniversary of the passage of the 19th Amendment to the U.S. Constitution. The 19th Amendment granted women the legal right to vote.

Lew invited Americans to give the Treasury feedback and ideas using the hashtag #TheNew10. In many of these conversations, clear favorites have been chosen to appear on the $10 bill. From Harriet Tubman to the Statue of Liberty, here are five women we might see on the bill:

Already, the Statue of Liberty has a claim to the $10 bill, as her torch is featured on the bill. Lady Liberty has long been a symbol of U.S. democracy and freedom. Meant as a gift from France, it was erected in 1886 and dedicated by President Grover Cleveland. According to The Telegraph, it cost $500,000 to build the statue and its pedestal — which amounts to more than $10 million in today’s money.

Harriet Tubman is a popular pick to appear on U.S. currency, winning the Women On 20s vote to be on the $20. As a famous abolitionist, Tubman was a central “conductor” of the Underground Railroad, a secret network that helped escaped slaves flee the South. During the Civil War, Tubman acted as a scout and spy, and she even led an armed raid that freed 700 slaves. Later in life, Tubman also joined the women’s suffrage movement and spoke passionately for women’s equality.

In his remarks, Secretary Lew mentioned the women’s suffrage movement and the 19th Amendment, which could be a clue that Susan B. Anthony could be the face of the new $10 bill. As a suffragist, Anthony led the charge to secure women the legal right to vote. She has already appeared on a dollar coin and would be a natural choice to appear on the $10 bill.

First Lady and wife to President Franklin D. Roosevelt, Eleanor Roosevelt came from a wealthy family. Her husband was estimated to be worth $60 million in 2010 dollars, reports USA Today.

Eleanor set a new precedence as being an outspoken First Lady. She often held press conferences and wrote newspaper columns giving her view of politics and social issues during her husband’s time as president. Later in life, she became an American spokeswoman in the United Nations.

Today, the memorabilia of her life — including a Presidential Medal of Freedom — could be worth millions, reports PBS.

This article originally appeared on GOBankingRates.com: Harriet Tubman, Statue of Liberty: Which Woman Will Be on the Ten Dollar Bill?

Life, News, PERSONAL FINANCE
5 Ways Millennials Are In Danger of Bank Fraud
How I Managed to Save Money While Earning Minimum Wage
COMMENTS 0