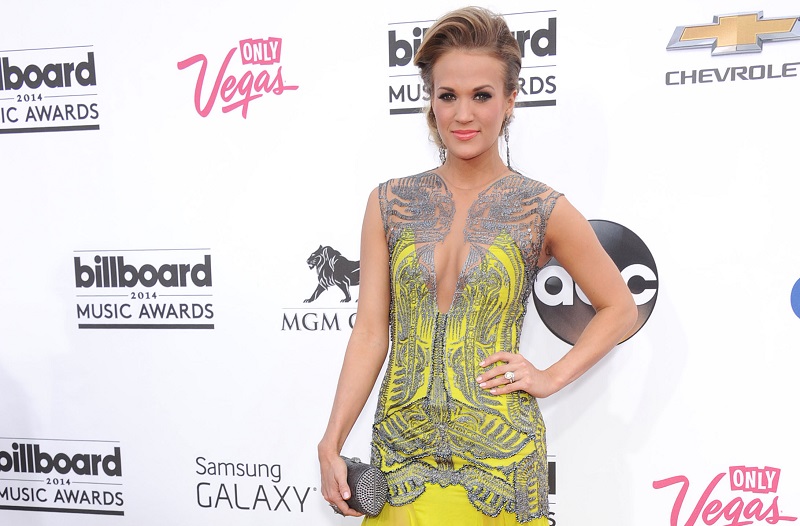 Here is more information about the categories some of these music artists dominated, as well as their net worths, according to CelebrityNetWorth.

The country superstar, who has a net worth of $70 million, began her music career in 2005 after winning season four of “American Idol.” Underwood continued on to sell 65 million records, top the charts with 20 of her singles and win seven Grammy awards.

Celebrating last night’s win, Underwood gave a shout-out to her 3-month-old son, Isaiah. “This is my first awards show since little Isaiah has been in the world,” she said. “I’m sure he’s napping on the bus right now, but I should definitely say that he has already inspired me so much as well as my husband, Mike.”

Bryan, 38, won best male video of the year for “Play It Again” at the CMT Awards.

His first album, “I’ll Stay Me,” was released in 2007 and put him at No. 2 on the Billboard country albums chart. Bryan’s albums “Spring Break…Here to Party” and “Crash My Party” both topped the Billboard 200 chart in 2013. Bryan’s upcoming album, “Kill the Lights,” is slated to release Aug. 7.

The country singer has a net worth of $27 million.

At the CMT Awards, Lambert shared the collaborative video of the year award for “Somethin’ Bad” with Underwood.

With a net worth of $18 million, Lambert earned her first No. 1 album on the Billboard 200 chart in 2014 with “Platinum,” becoming the 11th female country artist to top the Billboard 200. She is also the first artist to score five consecutive career-opening No. 1s on Billboard’s Top Country Albums chart.

This article by Misha Euceph first appeared on GoBankingRates.com and was distributed by the Personal Finance Syndication Network.

ENTREPRENEUR, Life, News, PERSONAL FINANCE
awards
6 Things Mark Cuban Says You Should Do With Your Money in 2015
9 Things You Shouldn’t Say to Someone in Debt
COMMENTS 0