9 Things You Shouldn’t Say to Someone in Debt

9 Things You Shouldn’t Say to Someone in Debt Do you know someone who is in debt? It wouldn’t be surprising if you do. About a third of Americans with a credit file have debt in collections, according to a 2014 report by Urban Institute. Whether this person asks you for financial advice or the...
READ MORE
SHARE
Facebook
F
Twitter
T
Google
G
COMMENTS

9 Things You Shouldn’t Say to Someone in Debt 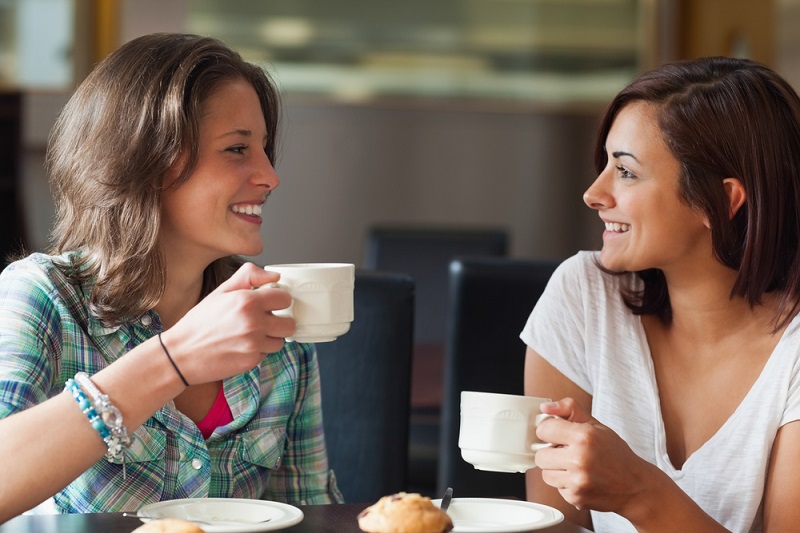 Do you know someone who is in debt? It wouldn’t be surprising if you do. About a third of Americans with a credit file have debt in collections, according to a 2014 report by Urban Institute.

Whether this person asks you for financial advice or the topic of his debt surfaces in some other fashion, he might be sensitive about the subject. Matters of money and debt are often associated with personal, emotional concerns. You’ll want to be tactful in your discussion to avoid making matters worse. Here are nine things you shouldn’t say to someone in debt.

Someone seeking to pay off his debt doesn’t care whether everyone else has this problem, said Cherie Lowe, blogger at QueenofFree.net and author of “Slaying the Debt Dragon: How One Family Conquered Their Money Monster and Found an Inspired Happily Ever After.” Also, this statement doesn’t offer any useful advice.

“Being dismissive and suggesting that someone should either borrow more or spend money that they don’t have simply because everyone else does is not helpful,” said Lowe.

What to say instead: Instead of minimizing the situation, Lowe suggested that you should “commend any efforts your friend has put toward paying off debt or just plain commiserate if you have a debt load yourself.”

“We’d rather have someone who walks the road with us than someone who boos from the sidelines,” said Lowe.

Related: What Not To Say to Someone Who Just Lost Their Job

2. “Just put the expense on your credit card.”

Amanda Argue, a certified public accountant, said that when she was in debt, someone told her to just put something on her credit card because “you will probably pay it back later.” If you offer this advice, she said, you would be encouraging the debtor to take on more debt instead of trying to help him solve his problem. She especially recommended not encouraging college students, millennials and those who already have this kind of debt to increase it.

What to say instead: Argue recommended discussing this person’s level of debt and offering examples of how to get out of debt. She also said a person should wait until he has enough cash available before purchasing the item.

3. “Did you really think it was a good idea to spend that much?”

This comment suggests that the indebted individual is irresponsible with his money. But if you’re hoping saying this will lead this person to stop spending so carelessly, it might have the opposite effect.

“Any comments fraught with blame or irresponsibility only serve to drive the debtor toward their drug of choice: overspending to support an underlying belief that they are unworthy,” said Nancy B. Irwin, PsyD, C.Ht., who treats various addictions and behavioral issues at the Seasons Recovery Center in Malibu, Calif.

What to say instead: Irwin believes that support will be helpful to this person. She recommended saying the following:

“I know you can manage this. I trust you to handle this. You are a responsible person and know where help is available: Debtors Anonymous, Shopaholics Anonymous — both free — [and] numerous books and online resources to deal with the issue.”

Chantay Bridges, a realtor and coach in Los Angeles, suggested not telling someone in debt about how much you have saved, particularly if it might sound like bragging.

“You may come off pompous, as if you have never faced trouble yourself,” said Bridges.

What to say instead: Bridges offered an alternative that wouldn’t sound so snooty to the debtor. Her advice is to say the following:

“Everyone’s situation is different. Let’s see what’s draining your resources and create some new money-saving habits. We could order your credit report, clean it up, get rid of high-interest credit cards and keep it up until things are going better.”

Related: Paying Off Debt? How to Avoid Burning Out

5. “It’s just one dinner/vacation/pair of jeans. You deserve it.”

Lowe suggested not saying this to someone who has a lot of debt, noting that this person “can be weak of resolve.”

“The temptation of going out or spending money that you don’t have is already heavy enough without someone else encouraging you to dig a deeper hole for yourself,” said Lowe.

What to say instead:  Lowe recommended finding an activity that won’t cost you and the debtor anything. Consider recommending something free to do in your area so that you two can have some fun without encouraging this individual to take on more debt.

Avoid offering to pay the debtor’s way to something, Lowe advised, noting that the intentions are good, but doing so could have a negative consequence.

“It feels demeaning to have someone else constantly pick up the tab,” said Lowe.

What to say instead:  In this case, Lowe again recommended finding something to do that doesn’t cost any money. Help this person find alternatives that are realistic and suit his budget, whether it’s finding something fun to do or looking for ways to improve an aspect of his life such as enrolling in a free class.

7. “Don’t worry about your student loans.”

According to Argue, a former boss gave her this advice, adding, “The government will pay them back in the future.” But she said that the debtor must be responsible for the loans and suggested that he might go even deeper into debt if he doesn’t think he’ll have to pay for it.

“The person needs to take ownership of their financial decisions,” said Argue. “If they don’t, what’s to stop them from getting further into the debt if they believe someone else will be responsible for it?”

What to say instead:  Argue advised helping this person find out how much he owes and then showing him the difference between paying the bare minimum for 30 or more years or “strapping up and knocking them out in less than 24 months.”

“The quicker they get in gear to paying off their debt, the faster they will be to financial freedom,” said Argue.

This statement would be like saying that this person shouldn’t complain about the flood damage in his home because yours was damaged even worse by an earthquake. It wouldn’t do anything to solve his problem and might sound uncaring.

What to say instead: Consider showing a little more compassion and offer a solution to the debtor’s crisis. Saying something like the following could be more helpful:

“I’m sorry to hear you’re struggling. Perhaps there are other payment plans or solutions you can look into.”

You shouldn’t offer a loan to a debtor because more borrowing is not good for this person, according to Lowe. She also said that loaning this person money could cause a problem between the two of you as well.

“If your friend has already racked up a serious amount of debt, he is not going to necessarily have the skills to pay you back either, and then your friendship is going to hit the bricks,” said Lowe.

What to say instead:  “Instead of giving money, give resources — books, classes, podcasts, blogs — that will help your friend get a better handle on their debt situation,” said Lowe.