LeBron James’ Net Worth and Stephen Curry’s Net Worth: The Real Deal on 2015 NBA Player Salaries

LeBron James’ Net Worth and Stephen Curry’s Net Worth: The Real Deal on 2015 NBA Player Salaries When LeBron James and company take to the court against the Golden State Warriors and high-flying “Splash Brothers” in Game 1 (Thursday, June 4 at 9 p.m. EST), it will be his fifth consecutive appearance in the NBA...
READ MORE
SHARE
Facebook
F
Twitter
T
Google
G
COMMENTS

LeBron James’ Net Worth and Stephen Curry’s Net Worth: The Real Deal on 2015 NBA Player Salaries 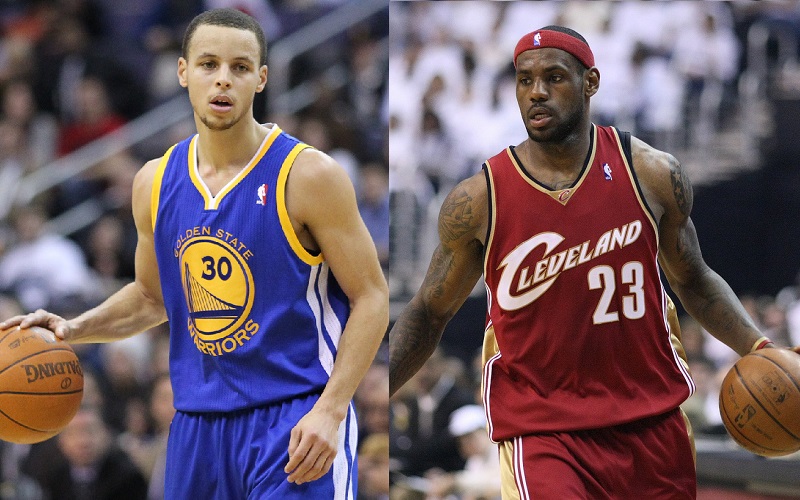 When LeBron James and company take to the court against the Golden State Warriors and high-flying “Splash Brothers” in Game 1 (Thursday, June 4 at 9 p.m. EST), it will be his fifth consecutive appearance in the NBA Finals, a feat not accomplished in the league since the 1960s. He has been crowned champion in two of his previous four finals appearances, all with Miami. It is no surprise then that James is currently the highest-valued player on and off the court.

Athletes, in general, are some of the most highly compensated professionals in the United States. Among the highest-earning players on the Warriors and Cavaliers are James (CLE), Kevin Love (CLE), David Lee (GS) and Stephen Curry (GS).

And while rising stars like Klay Thompson (GS) and Kyrie Irving (CLE) don’t bring in yearly salaries even close to the likes of James’, both are guaranteed more than $70 million throughout the remainder of their respective contracts — that’s more than twice the dollar amount of any other guarantee on either team. 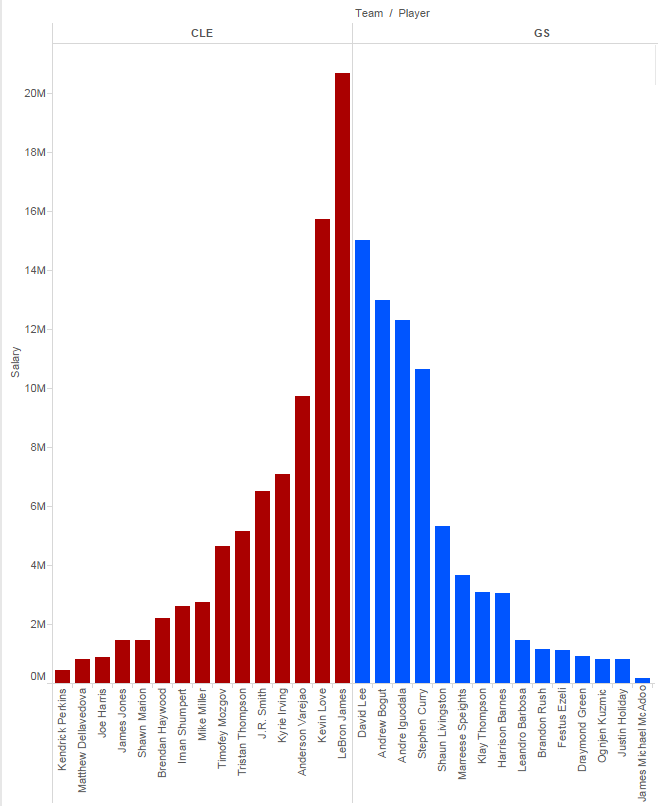 Considering the caliber of the 30 players listed on the Cleveland Cavaliers and Golden State Warriors rosters for this season, that is quite the feat and a testament to their values on the court.

But value off the court is the reason why James’ current net worth is a staggering $270 million, according to CelebrityNetWorth. His endorsement salary for this season totals $44 million, reports Forbes, and accounts for just under 70 percent of his overall yearly earnings ($64.6 million). If James felt so inclined, he could cover about 72 percent of his teammates’ salaries or about 61 percent of all the Golden State players’ salaries with his endorsement earnings from the current season.

CelebrityNetWorth reports that Love’s net worth is $44 million, and Lee is worth $22 million. Curry, a Golden State top scorer, is believed to have a net worth of $8 million, showing just how much a difference off-court business can have on an athlete’s wealth.

“What I do on the floor shows my value,” said James in a 2013 interview. “At the end of the day, I don’t think my value on the floor can really be compensated for…”

Still, there is no denying he is just as much — if not more — of a force to be reckoned with off the court as he is on the court. James’ image and endorsements alone could possibly rake in hundreds of millions in sales for corporations like Nike and Coke, both of which are without a doubt looking forward to the additional media attention the basketball player will draw next Thursday during the NBA Finals.

This article by Edward Stepanyants first apappeared on GoBankingRates.com and was distributed by the Personal Finance Syndication Network.